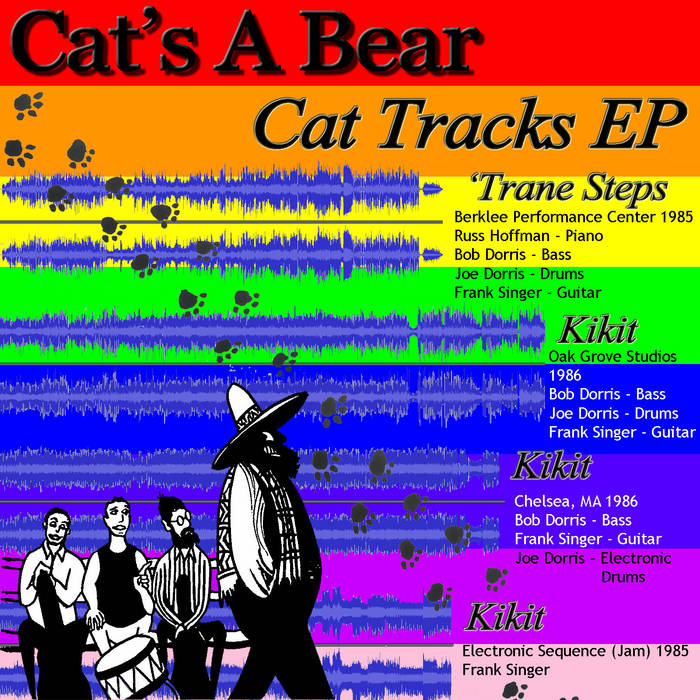 Cat's A Bear has always taken the opportunity to perform and record. While many of those sessions and gigs have produced albums, some have resulted in a single track. This 4-Track EP presents four such cuts.

The first is a version of 'Trane Steps with Russ Hoffman on piano at the Berklee Performance Center in Boston, MA. The Boston Trio of Bob Dorris on bass with Joe Dorris on drums and Frank Singer on guitar complete the quartet, playing one of the bands shortest cuts!

Three versions of Kikit follow. The first version came from Oak Grove Studios in Boston, where the chance to do one song resulted in this cut. This and the next track feature the same Boston Trio as 'Trane Steps.

The transition to the Electronic Duo began with replacing the acoustic drums set with electronic drums. Version two of Kikit was recorded during this process, before Bob left Boston for warmer pastures and the group became a duo for several years.

The final Kikit track is the composer's experimentation with new gear, new electronic concepts and sound production. The song is also recorded on Cats On The Radio 2 (EP) with Bob on bass, and is in current circulation with the band's new bassist Joe Frisina.

The bonus track BearFeat is from an Electronic Duo EP on the Cat's A Bear Website, The Birdland Years.
www.catsabear.com/cd_releases.htm#bird